Two years in the making, based on real reports and using real women, “2 break the silence” is an initiative that seeks to be more than “just a campaign”. According to the Fórum Brasileiro de Segurança Pública (Brazilian Public Safety Forum), or FBSP, a woman is assaulted every two minutes in Brazil.

In taking a definite stand against this, the Fala Mulher Association and a RedeTV collaborated in a bold and unique project. Every two minutes, the broadcast transmission is interrupted with the image of a woman being assaulted. Painting a visceral portrait and making it difficult to ignore the issue of domestic violence and incentivizing the report of assaults via the “Lei Maria da Penha” (Federal Law for the Prevention of Domestic and Family Violence Against Women). 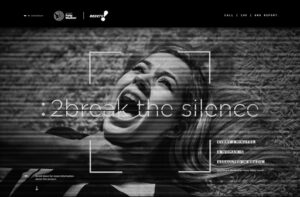 Goodvertising Verdict: Thoughtful, bold, true and giving little room for a pertinent topic to be ignored- outstanding work! 2breakthesilence.com is something we hope to see go viral and achieve a transformative impact on society beyond Brazil.

I’m in #London Wednesday to Friday, if you’re around and want to talk #goodvertising #purpose or simply just catch-up ping me

Six key takeaways from Cannes Lions 2022 and how your campaigns can be better by marketing & sustainability expert Thomas Kolster. #CannesLions2022 #goodvertising #creativityforgood