In 2001, the world’s largest chocolate companies supported the Harkin-Englel Protocol which was meant to be a commitment to end modern slavery and illegal child labour from the choloclate supply chain. Sadly, not much has changed in 20 years. It’s reported that over 1.5 million children and at least 30 000 victims of modern slavery are forced to work on cocoa plantations. A harrowing reality that requires more than just a shake of the head or a moment of silence. 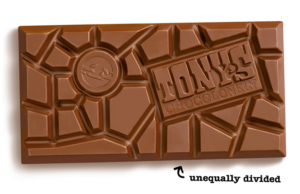 Because voluntary measures and self-regulation have failed, Tony’s Chocolonely are insisting that the bar must be raised and that the norm in the chocolate industry should be “100% slave free”. For them, this requires awareness, transforming the industry from within and leading by example; in hopes of inspiring key industry stakeholders to also take action. Leading us all to the golden question, “How?”

For Tony’s that answer lies in a two-part initiative called: “Sweet Solution”. Part of the Sweet Solution is 4 fun “look alike” bars inspired by the world’s most iconic chocolate brands; but made according to “Tony’s 5 Sourcing Principles”. Namely, they’re made from using 100% traceable beans, beans for which a higher price has been paid, are a byproduct of focusing on cocoa quality and productivity, and are inherently designed to strengthen farmer cooperatives and long-term direct trading partnerships.

“But it’s not enough if these principles are only implemented by us” explains Head of Impact at Tony’s Chocolonely, Paul Shoemakers “so we’ve developed Tony’s Open Chain, an open source initiative available to all chocolate makers so they can do the same and that together we can make all chocolate slave-free”. 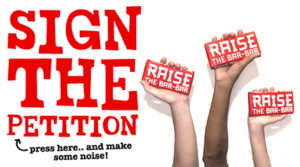 The other part of the Sweet Solution is Tony’s has been partnering with other chocolate makers and entities to campaign for legislation to make companies responsible for human rights violations in their supply chain. But it’s not all about them, we ordinary citizens are just as much a part of the Sweet Solution of creating accountability. Thus, Tony’s are encouraging us to sign their petition; which takes a minute to complete: https://tonyschocolonely.com/petition. We’ve just signed it and urge you to do so too.

For us at Goodvertising, chocolate should be 100% slave free (and guilt-free *wink*) because being humane should be a natural part of being human.

“You’re not more liked as a brand because you claim a societal or climate sainthood; you are more liked because you’re playing a meaningful role in people’s lives.”—@thomaskolster #goodvertising