The brand ended the tweet with the hashtag #SupportIsEverything.

On Twitter, before you view the image, it warns that the media includes potentially sensitive content – yet, the provocative ad is also featured on uncensored billboards in public locations… for all to see.

The billboard includes a grid of 25 sets of bare breasts with a caption in the middle that says: ‘The reasons we didn’t make just one sports bra.’

The ad elicited strong opinions from opposing sides of the coin – Adidas encouraged the debate and engaged with most of the different comments. Their main message, “’It’s time to remove the stigma’ surrounding breasts.”

In case you missed the original image, here it is: 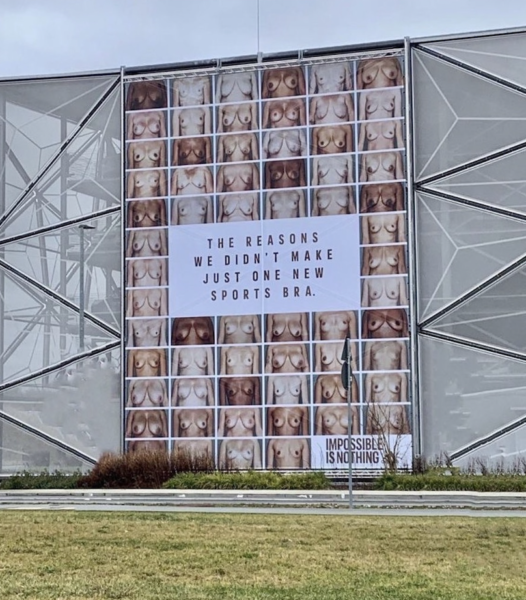 Some of the positive responses:

Some of the negative responses:

Mixed with a little humour: 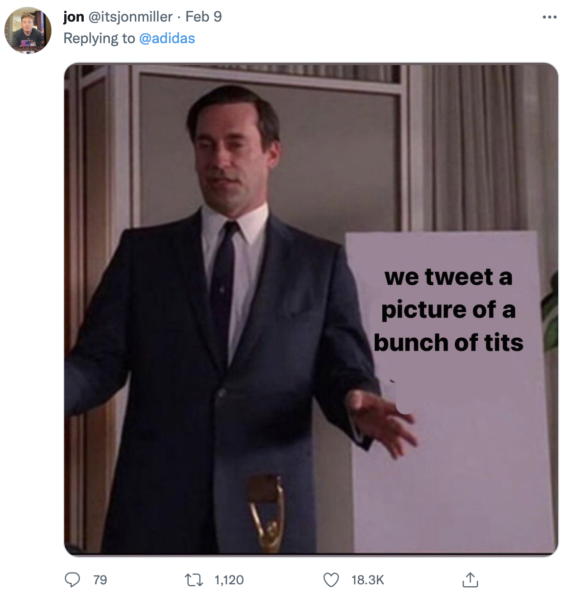 Adidas certainly got people talking if nothing else. What are your thoughts? Do you support this campaign or think Adidas’ strategy is sagging? Let us know in the comments!